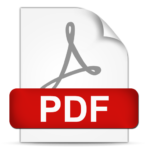 • Wired between LED module and LED driver via water-proof

• Suitable for use in luminaires for high-risk task area lighting

There are no reviews yet.

Our Customers ❤️ Us

Jonathan Thompson
Musgrave NI employed this company to fit LED lighting across a range of petrol forecourts at our SuperValu and Centra stores located across NI. We found them to be professional, courteous and keenly priced. Would certainly recommend them.

Connor Fitzgerald
Fantastic Service! Had all our office lights changed over to LEDs around 8 years ago, they still look great! Just recently had to change the bulb in the gents loo! Cant begin to think of the amount of times it's been switched on and off, incredible value and quality!

Will Barsby
Great service and goods delivered on time. Mo was always available to answer queries even after hours to get the led lights that I needed urgently.

croyland pharmacy
Bri-Tek have been instrumental to our business. They provide a great range of modern LED lighting that's very reasonably priced which has helped us when compiling our LED lighting savings proposals to clients. Our business relationship goes both ways and I'd like to ensure any readers that the support we have received from Bri-Tek has been superb. Even when issues have arisen they've been quick to step up and completely sort everything out for us - things like this provide a great confidence boost to our clients. I envisage working with Bri-Tek for a long time. I've attached some photos of our projects using Bri-tek's lighting of which the client was over the moon with.

Leon Roy
Google rating score: 5 of 5, based on 5 reviews.